The largemouth bass is famous for many things. Among them are the famous wide mouth, the slippery body, and razor-sharp teeth. If all of these things point to one thing, it’s that you should be careful when you hold largemouth bass.

When holding the largemouth bass you can either hold the fish vertically or horizontally. There’s also an angled hold, but you can only apply it to smaller bass to avoid causing damage to their jaw. And while its body is covered with slime, you shouldn’t keep it out of the water for too long and don’t rub the protective slime off its body.

Of course, that’s easier said than done. When you find a largemouth bass dangling at the end of your line, be it trophy fish or not, your first reaction is to grab it or put your thumb in its mouth to take a picture for your social media. That is the number one reason for the “bass thumb” condition. It’s an unpleasant condition where your skin comes in contact with the teeth of the bass and infection ensues.

Do Largemouth Bass Have Teeth

Not only do bass have teeth, but they are sharp teeth that can cut through flesh like a hot knife in butter. Since many people like to hold a bass by the large mouth, it’s only prudent to know what you’re putting your thumb or fingers into.

The largemouth bass has an astonishing row of teeth that is sharp and thin like needles. Their whole purpose is to hold the prey in place while the voracious bass swallows it whole. As we all know this bass is a great predator who lies in wait for its prey and then bounces on it. That’s where the teeth come in. They grab the prey while the powerful muscles of the throat suck it in.

To be fair, the bass doesn’t use its teeth to attack or even intimidate its competitors. As such it will not cause serious damage to your hand if you happen to graze these sharp teeth. But even a small scratch on the skin can turn into a serious infection when you consider the huge number of bacteria and pathogens present in the bass’s mouth.

Another factor to consider when holding the largemouth bass is how long it has been out of the water. In the beginning, the bass would lie peacefully in your hands. But after a while it will get a little restless and the longer it’s out of the water the more angsty it will get.

Even if you’re holding the largemouth bass the right way as we explain below, you can still get injured. As the bass writhes in your hands and tries to wiggle itself out of your grasp, slowly you will lose your grip over it and eventually, its teeth will cut your skin.

How much time should the bass be out of the water before it acts hostile depends on the size of the fish. A medium-size bass weighing around 6 pounds could stay calm for up to 3 minutes away from the water. A smaller fish will start to writhe within the first minute as oxygen deprivation kicks in. But if you land a trophy largemouth bass, you have ample time to get a few pictures taken before the fish gets antsy.

Related: How to safely dehook a fish without hurting it

How to Hold a Largemouth Bass

You probably have seen it in thousands of pictures on fishing forums before. The angler holds the bass by the mouth and lets its limpid body dangle in the air. That’s one way to hold the fish safely without putting pressure on the lower lip.

The bass’s lower lip is larger and more protruding than the upper lip. By keeping the fish’s tail aligned with the jaw, the fish will not feel any pressure or pain on the jaw and will not try to fight back to break free from your grasp. Keep your grip firm and avoid dropping the bass.

Keep the bass in a horizontal position and avoid slipping your thumb deep in its mouth. Also, keep in mind that you shouldn’t try to hold the tail. You won’t get as good a grip as holding the part right next to the tail.

Holding the Largemouth at an Angle

This position is only safe to use with small fish whose body weight will not put pressure on the jaws of the fish. It’s similar to the vertical hold as you start by picking the fish up by the lower lip. The body can rest at an angle larger than 10 degrees. If the bass starts to wiggle straightway then it’s too big to hold at an angle. Change to horizontal or vertical hold immediately to avoid damaging the bass.

How to Avoid the Bass Thumb

The bass thumb is a common term among bass anglers that refers to injuries to the thumb. They often occur when an inexperienced angler tries to get the bass out of the water which is often referred to as lipping. And while a bass thumb might not amount to more than a few scratches on the thumb, with the bacteria and pathogens in the bass’s mouth, that scratch could develop into a serious infection.

As soon as you unhook the bass, don’t ram your thumb in its mouth trying to secure the fish and prevent its escape before you’ve snapped a few photos. Instead, ease about one-third of your thumb into the mouth of the bass until you reach the middle of the lower lip. Bring the rest of your hand under the lower lip and form a vice-like grip. Hold tight and keep the fish in the right position as you show it off in front of the camera. Then release it back into the water safe and sound. 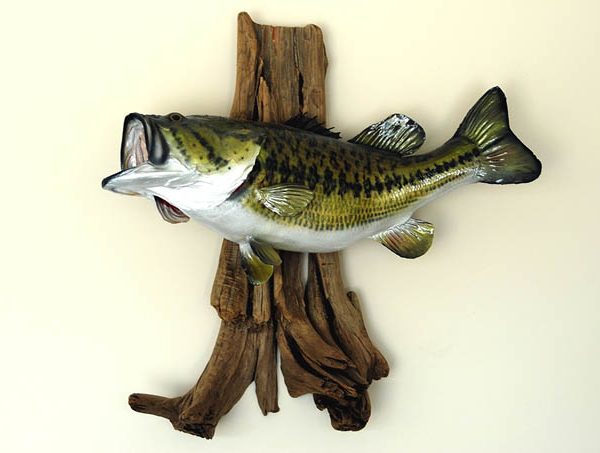 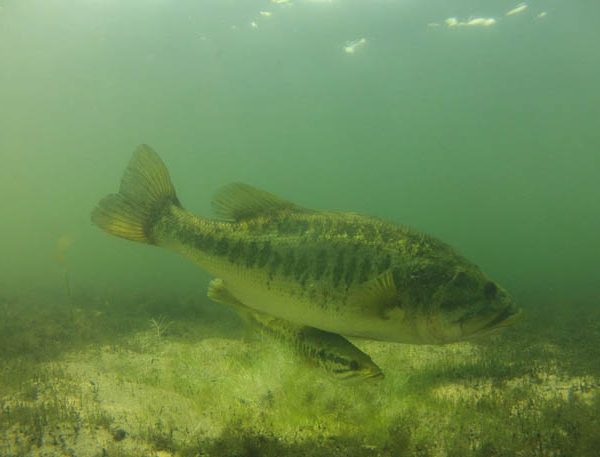 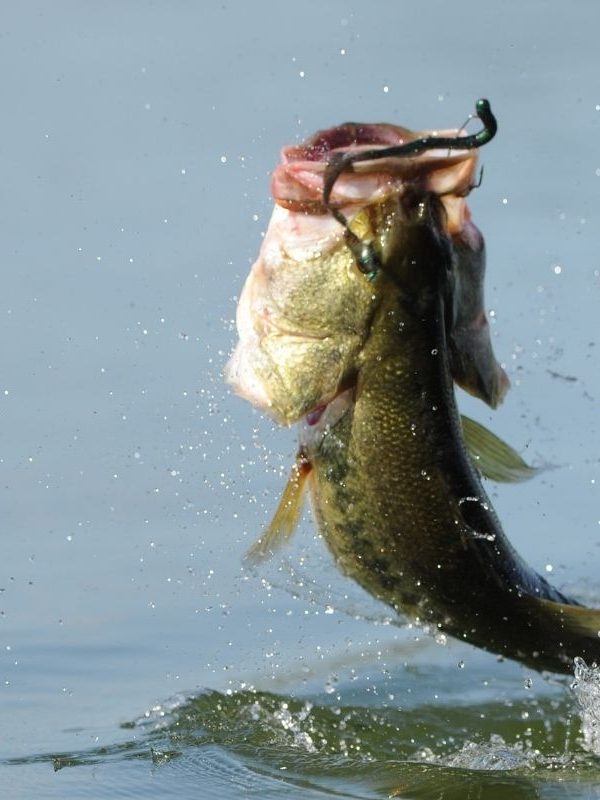 Do You Need To Learn How To Rig Live Bait For Bass? Here is Your Guide